Did you know that not heating water to the correct temperature can lead to Legionella contamination?

If you manage a hospital, hotel or own any heating system read our tips how to avoid Legionella. An improper micro climate with little air filtration can encourage the growth of a huge amount of contaminants, including the Legionella group. These can proliferate and cause many health problems.

Even a small volume of water can be the perfect breeding place for microorganisms. One of the microorganisms which inhabit artificial water environments and moist areas is the infamous Legionella pneumophila bacterium. It can also be found in inland bodies of water as well as seas, moist soil, moss and sawdust, and even water supply systems in buildings. Bacteria from the Legionella group were discovered in 1976 in connection with an atypical case of pneumonia that affected veterans of the American Legion who were staying at a hotel in Philadelphia. The media dubbed it the “Legionnaires’ disease”, and the pathogen was called Legionella pneumophila.

Artificial environments in which these bacteria proliferate are: refrigerators, air conditioners, domestic hot water systems, heaters and water storage tanks and medical apparatuses whose surfaces come into contact with water. Their development is aided by inadequate water quality in water systems, improper operation and insufficient sanitary supervision of devices and systems. 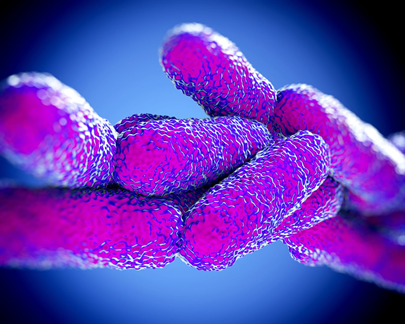 The most common sources of contamination are domestic hot water and air conditioning systems. The Legionella bacteria are contracted directly by the consumption of contaminated water.  After they get inside the body, they can cause an atypical pneumonia and a fever that can be accompanied by severe headaches, shivers, diarrhea and breathing difficulties. The bacteria breed in a temperature range of 20-50°C – but the optimal temperature for their development is 38°C. They do not reproduce in temperatures above 50°C, and die in water temperatures above 70°C. Growth of the Legionella bacteria in domestic hot water systems is aided by the presence of biofilms and mechanical deposits where other bacteria live. This particularly concerns improperly designed systems in large buildings – systems that do not have circulation, which are oversized causing temporary flow stagnations, and which have the so-called “dead ends”.

Legionella in systems can be eliminated using a chemical or thermal method. In clean systems that are free from biofilms, the Legionella bacteria don’t reproduce as much, hence the importance of correct design and execution of the domestic hot water system. You can prevent proliferation of bacteria in water supply systems by employing correct technical solutions:

With 6 941 cases reported, the rate of Legionnaires’ disease in the EU/EEA in 2014 was 13.5 cases per million, the highest ever observed. This is in line with the increasing trend observed over the 2009–2014 period, notwithstanding the large community outbreak that occurred in Vila Franca de Xira near Lisbon, Portugal, in 2014, which contributed substantially to the high number of reported cases. Further investigations, such as an analysis of meteorological conditions favourable to Legionnaires’ disease, may explain the other reasons for this increase.

France, Germany, Italy, Portugal, and Spain accounted for 74% of all cases. You can find a list of Legionnaires' disease outbreaks here

What is the solution?

In order to lower the risk of Legionella contaminations, proper water temperature should be ensured. At large facilities (hotels, swimming pools, spas and hospitals), microbiological purity of water distribution systems is particularly important. In such cases, the right domestic hot water solutions are recommended.

Cookies help us deliver our services. By using our services, you agree to our use of cookies. END_OF_DOCUMENT_TOKEN_TO_BE_REPLACED