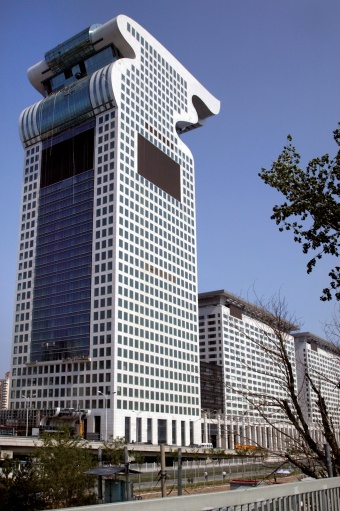 A lucky dragon rears up majestically over the megacity of Beijing: The curved colossus of steel and concrete, granite and glass houses the seven-star Hotel Pangu. The man who created the “Luxury Dragon” knows the value of national symbols: C.Y. Lee also designed the second-highest building in the world, the Taipei 101 skyscraper in Taiwan.

Opulently furnished guest rooms and suites, conference rooms equipped with the latest technology, elegant restaurants and of course a breath-taking view of the city: Hotel Pangu was the proper place for the Olympic Committee when sports stars from all over the world matched their skills in Beijing in 2008.

The noble hotel was completed just in time for the Olympic Summer Games. One week before the grandiose opening ceremony, the three Hoval steam boilers THSD-I 4000 E-C were put into operation and since then have been supplying the entire hotel with warmth. Hoval quality and the technical expertise of its specialists on location were pivotal.

Personal commitment went even further. One Hoval employee stayed with the boilers day and night until the end of the Olympic Games and the departure of the Olympic Committee. As expected, the steam boilers did their duty, because luckily that’s all they know.

Cookies help us deliver our services. By using our services, you agree to our use of cookies. END_OF_DOCUMENT_TOKEN_TO_BE_REPLACED